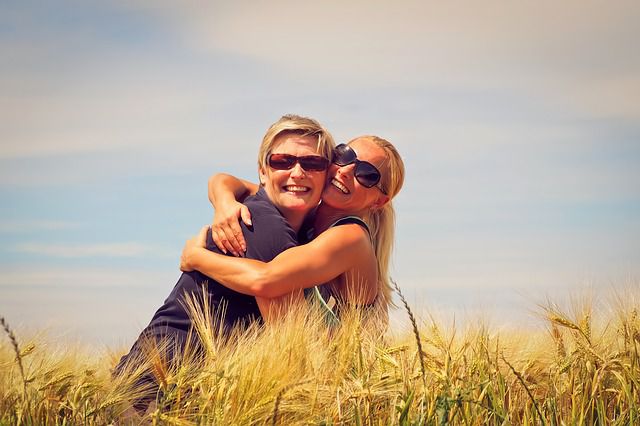 Some of the best conversations occur when I am expecting nothing to happen at all. That is exactly what happened to me the other day as I was flying from Boston to Charlotte North Carolina.

The American Airlines flight was packed three deep . I entered the plane hoping that I did not have the window seat. I really dread flying, yet I love to travel. It makes for a very interesting dynamic each time I fly. My seat was in the middle of two women. The one who sat near the window is a college student in new Hampshire and the other is a professional from the city of Boston.

I of course started talking first(that is what I always do). Sometimes in these situations, I am able to have a conversation and there are times when people are just not receptive to what I am saying.I said good morning to them and warned them about my aversion to flying. Before I knew it the three of us were in a fantastic conversation about family, friends and being a women in 2018.

The young woman by the window began to tell us about her mother. She said it was difficult for her mother to accept her attendance at an out of state school. But she knew she had to leave and see the world. Something inside of her felt the pull of wanderlust, and she had to follow it. She also said that she is very close to her mother. In fact, they face time at least once a week and more often if possible.

I mentioned that her mother must be very excited at the prospect of her coming home for a visit. The young woman broke into a large smile and told us that she was surprising her mother with this visit. She had contacted her mother's boss and informed them of her impending arrival. Her mother was supposed to work the weekend but her boss arranged it so the mother did not have to go in. The only thing she was concerned with was a gift to get for her mother.

I told her that in my humble opinion, the visit from the daughter was enough of a gift. She looked at me and asked if I was sure about that. I told her that I have always believed that spending quality time with people is far more important that giving material gifts. For it is the interpersonal relationships with people that are the basis for our most treasured memories. Material things may jog our memory of people, but it is the emotions that are associated with people that create the bond. This spontaneous visit to her mother would mean more than a hundred Hallmark cards could ever say.

Maybe there is someone you want to give a gift to. Someone who is very important in your life. My suggestion is to give them the gift of YOU! Your time and affection are two things that cannot be purchased in a store, on television or online. Think of it this way. If you were to get into your car and purchase a card for this person, how much time would that take? A half an hour or an hour? Add to that the amount of time it takes to sign address and mail the card. It will probably result in a sum that is larger than one hour.

Imagine for a moment, what spending one hour out of an entire week of working, would do for YOU and that other person. You will not be driving around trying to find the card that has the perfect message. For you will be delivering that in person. In a world that is moving at the speed of a text message, we all need to take stock of our relationships and try to improve them !!