Hold on to Hope 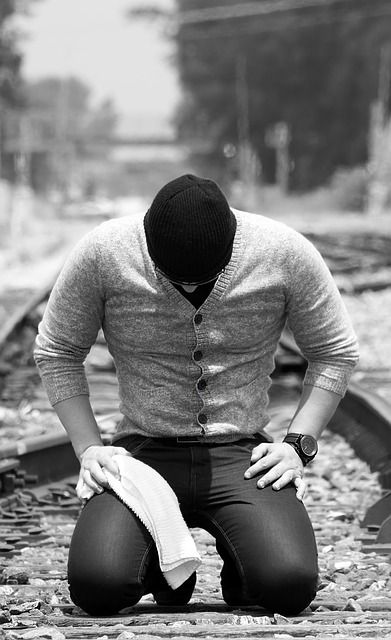 Holding onto hope sounds easy enough to do. Especially if things are good right at the moment. That is when there is nothing to worry about. Our focus is only on good things. In fact, a lot of times it is easy to forget to be grateful and I mean truly grateful for all that is right in our presence.

How would I know that if I had not lived it myself? I spent more than a decade raising two kids alone. Most of that time we all lived in a house. It was the same home they were born into. I was determined to see them grow the rest of their formative years in that house.

Struggle had become my new first name. I might have been divorced from a marriage but not from all of the issues that being a single parent presented. No matter how much I worked, it still did not seem to be enough financially. For every extra dollar I brought home,there was a new issue that required all that I made and then some. When the child support did come through, it just meant some of the bills got paid on time. I walked around that house seeing only what was wrong with the way we all were living.

Some months when there was no child support, the bills were paid later than late. I never had the electric or the gas turned off, and I never lost the house. And the only way I was able to accomplish all of that was by holding onto HOPE. It was a long road to get there, but I learned that within every small victory there was a huge amount of HOPE that made it happen at all.

With each small step towards success, my grasp onto HOPE became stronger. I began to realize that what I wanted to achieve was attainable. And with that knowledge, Hope became my source of strength. The one thing I could hold onto even when things seemed to be totally against me. I remember sitting in the living room of the house with my head in my hands.

I would have tears streaming down my face trying to make sense of how I was supposed to make things work. The longer I sat and allowed HOPE to enter into my realm of thinking, the calmer and clearer my path appeared. And in all honesty, most of the time it was all I had to hold onto. For everything that was going wrong at the time, HOPE provided the gateway to all that was required for things to go RIGHT!!

Allow HOPE into your life regardless of your situation or circumstances and reap the benefits of doing so. It will allow

you to see what is RIGHT with your life instead of only seeing what is WRONG!!