The Lesson of Three 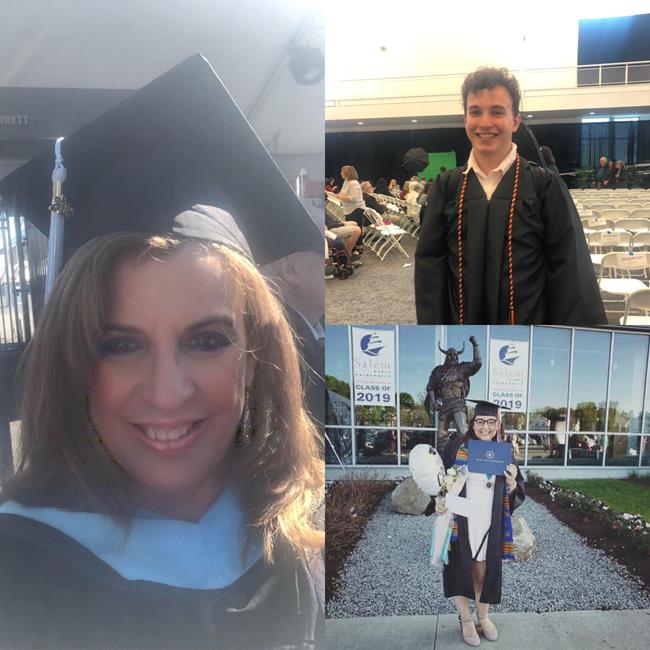 This past May and early June three people a mother, daughter and a son all graduated from college. Now you may be thinking that these stories happen all the time, and maybe they do. But this particular story was never predicted to have this outcome. These three people did not start college on the same day. In fact the daughter and son were three years apart. Their mother who is also the author of this blog was the last of the three to start working on her graduate degree all by chance.

It was by intention that the daughter attended college in 2012 after her graduation from high school. She was an unwilling participant who thought that she did need to further her education. With the guidance of a persistent mother she began her college career at the community college level. She would balk every now and again while going there, until she was accepted into a University that is when she began to flourish.

The son was on his own path. He excelled academically and musically. He went immediately into a University and majored in Music performance and education. A double major ensuring that at the very least he could teach and be able to sustain a living.

Working four sixteen hour days as a nursing assistant had become more than a grind for their mother. She decided one day in June of 2017 to take a "look" at possibly entering into a Masters program. She was sitting in her first class September of that same year. Little did she realize that she would have to work even harder for that degree. Between the academics, a forty eight hour work week and a thirteen hour a week internship she was in it eighty hours a week. All three members of this family overcame obstacles they thought they could not. The daughter never envisioned being accepted into a four year University and graduating! The son had experiences with his music in college that were once in a lifetime( marching in the Rose Parade).

In the end, they all made it !! The lesson is that no matter what the obstacles involved, with determination you can do it! The mother has always prayed for both of her children's success and for THEM to finish their college degrees. This time GOD had a message for her and her children. That they are the one's who have weathered a storm and made it to the other side not just safe but also victorious.