Where the Luck is... 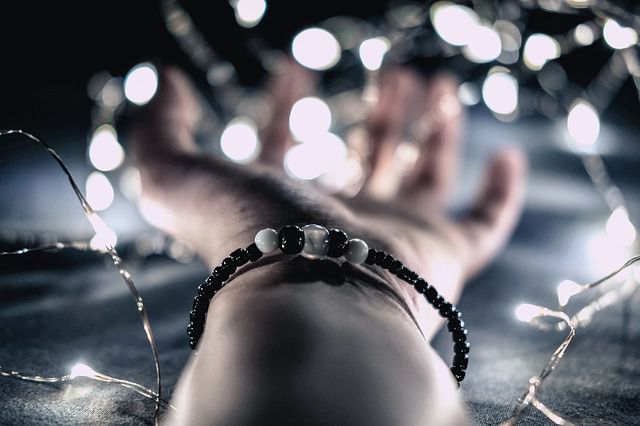 The other day, I had a conversation with someone about Luck. While we were discussing our thoughts on this subject more people walked into the room and became involved in the ongoing conversation. It was quite an interesting exchange.

You see the people in the room were from very diverse backgrounds. One thing we discussed was how everyone viewed being LUCKY. Is luck something that just happens to people, can it be channeled through the use of an object, thought or belief. Or is there no such thing as luck?

Some of the people there presented what they considered to be their Lucky tokens. One person had a necklace, another had a bracelet and yet another had a token she kept in her pocket.

To each of these material possessions was attached a great deal of emotional attachment. So much so that many of the people showing their symbols of Luck became very passionate while they were speaking. One of the women who spoke broke down into tears while recounting the time that she had fallen on hard times. She was the subject of very violent domestic abuse. One morning she got up just like she did every day. She gave her fiance a kiss goodbye, walked out the door and never returned while he was home. As she says the stars were aligned just the right way because of her Good Luck Charm that she had just purchased a few weeks before. A few days after she left, she went back with two male friends and within an hour had packed up all of her belongings. She stayed with some friends for a couple of weeks. And once again as LUCK would have it an apartment within her budget became available. She moved in and within a few short months she was on her feet. To prevent her former fiance from contacting her she blocked him , all of his friends and family on every single social media venue she had. It took her a few hours to accomplish this because they had been together for a number of years. But the point is SHE DID IT!

The questions that come to mind when I hear this story are: Was it really the Good Luck Charm that created the desire within her to take action or had she just reached a point of having had enough. The answer I believe is a combination of both. Sometimes the most difficult things to do in life are made much simpler when we have something to hold onto. And when I say "hold onto" I am not necessarily referring to anything physical. It is more important what is MOTIVATING the person to take action. The strength to put thoughts into action comes from a BELIEF that the outcome will be successful or at the very least has the OTENTIAL for success. In this particular case this woman did a lot of things to ensure her success. With the power of her "charm" behind her, she enlisted the assistance of her friends at work and on the internet in order to find a suitable apartment. These are all things she could have done a long time ago, but did not think she could pull off successfully. But I am not going to tell her that!

The point of this story that I want you all reading this to really get is this: Regardless of what it takes to get you motivated to make some changes in your life, use it. Maybe for you this might involve reading some motivationalbooks, wearing a piece of jewelry , meditation or attending a meeting or religious service of your choice. These are just some of the agents you can use to change your life and get it moving in a new direction!